A few weeks ago, the Urbanophile – one of my favorite blogs and one that covers urban studies, cities and economics – featured a guest post that discussed Manchester, England and some of the changes to the city’s economy after the steel industry and other manufacturing collapsed.

It’s worth a complete read (linked above) but let me give you the Cliff Notes version: Manchester developed some sustainable alternate industries in the arts and entertainment sector, including music, film and television production.

Manchester, in many ways, is very similar to Pittsburgh, my hometown.

Pittsburgh has been active to a certain degree in film. The Pittsburgh Film Office has been working with Hollywood productions for over twenty years, and they’ve managed to attract really amazing films to be partly or completely shot in the ‘Burgh. 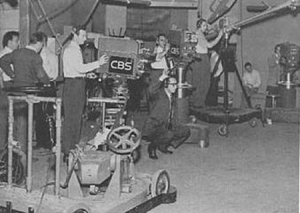 The latest Batman film, The Dark Knight Rises, may be the largest in scope, but it’s not the only one: films as varied as Silence Of The Lambs, Wonder Boys, and Abduction have been filmed in Pittsburgh. (The movie I Am Number Four was filmed at my old high school.)

Pittsburgh has a lot of amazing vistas and a diversity of scenery in its neighborhoods that makes it an ideal place to film.

But hosting a film for a few weeks is different than having a dedicated film or television studio where ongoing work can be done.

For a few years, I wrote a blog about daytime soap operas. Initially, it was an analysis of the content of those shows. But I found myself also writing a great deal about the economics of making those shows. They’d become expensive to produce. Set storage alone in an intensely dense space like Manhattan was a massive strain on production budgets.

One show in particular, the now-cancelled Guiding Light, had a very public battle with economics that showed on air. In order to reduce production costs, the show’s executive producer and production company tried some inventive ideas, including filming on permanent sets, renting a large house in rural New Jersey for filming, and switching to digital cameras.

One thought struck me then, and it’s just as true of any TV show (or film) as it is for a soap opera. If New York City and Los Angeles are the two more expensive places in the country – for real estate, for cost of living, for everything – then why are we almost exclusively producing entertainment there?

I can understand the pluses of Southern California weather, and the cluster of Broadway talent in New York City. But it seems like a no-brainer to me to diversify – significantly – where we produce entertainment so it can be done in a more cost-effective way.

We aren’t using coaxial cable to relay TV programs any more, folks. Digital cameras can go anywhere, be anywhere and film anything at any time.

Where else should shows be made? Well, there’s probably a lot of places that a sustainable industry could take root.

There’s a studio sitting empty here – perhaps you’ve heard of Oprah Winfrey and Harpo Studios? – with lots of ready-to-roll space for a film or TV production.

And a production that isn’t made in NYC or LA might have the unintended side effect of – gasp – not having the everyone-lives-in-NYC-or-LA tunnel vision that so many shows seem to have.

Pittsburgh doesn’t have the ready-to-go space yet, and I wish that infrastructure would happen.  I’ve had an idea where it could happen for years.

There’s a small city adjacent to Pittsburgh called Braddock, an area that was hit hardest when the steel industry collapsed. The mayor of Braddock, John Fetterman, has been on TV and in the New York Times trying to find a new lease on life for Braddock. It’s already gained a reputation as an artists’ community.

Braddock has – and I intend no offense by saying this – a substantial level of decay, and has wide swaths of land where existing buildings could be razed or renovated into a large studio production space.

And then, if I wanted to be really super-crazy, I’d suggest that a program could be set up to help unemployed or challenged young men and women learn trades (like sound, lighting, or production) that could be parlayed into steady work.

Music, television, newspapers, books, and films – all of these media platforms have changed drastically in the last few decades. I think in order for these platforms to survive, the people who create and the people who deliver them will have to explore new methods of making them, and new methods of getting them in front of an audience.

EDITED AUGUST 7, 2012 TO ADD: I was incorrect in saying Pittsburgh does NOT have substantial studio space. According to a CNNMoney article, there’s a studio with 300,000 square foot of space. My apologies.

My friends over at the writing Web site Red Room asked members last week to vote for books that were made into great movies. RedRoom was accentuating the positive, and there are a few books that most of us can agree did translate well to the screen: To Kill A Mockingbird, the Harry Potter and Lord of the Rings movies.

But I’m going to be a little black raincloud and focus on the books that didn’t translate so well to the big screen or the TV screen. Because we all know that’s a much longer list. 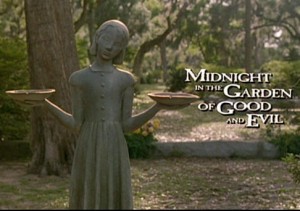 My votes in that category go to the films made from Midnight in the Garden of Good and Evil and the Tales of the City books.

Midnight was a phenomenal non-fiction, true crime book that was made into a movie in 1995. But despite having Clint Eastwood as a director, the movie was a disappointment.

Why? Well, in my opinion, this story would have been better told as a miniseries. Midnight is populated with the very colorful and eccentric characters of Savannah, Georgia. I think that it needed a bigger canvas than a two-hour movie.

Six or eight hours (hell, even four hours) would

have been a much better way to tell the story. A limited run series on HBO would have been great, and still attracted the big screen talent (Kevin Spacey, Jude Law, John Cusack) that were in the movie.

Eastwood (or the screenwriter) also decided, for reasons unknown, to create a romance that wasn’t in the book between a young singer in town and the reporter covering the story. And to add insult to injury, he cast his daughter Alison Eastwood as that singer. (Unfortunately, Alison did not inherit daddy’s acting talent.)

Fans of the book were up in arms – after all, so many of the interesting, colorful characters had to be cut or condensed due to time. Why were we seeing a character who wasn’t even in the book?

The redeeming moments of the movie were the ones featuring The Lady Chablis as herself. Eastwood wisely got THAT decision right.

I wasn’t necessarily as disappointed in Tales of the City, but I think that book, which was filmed as several miniseries, would have been much better served if it had been developed into an actual television series. I say this for many of the same reasons: the story and the characters would have been much better served by having more time to explore them. 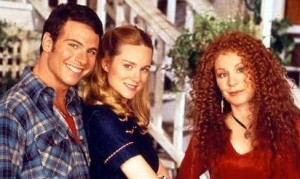 Tales was a serialized story, so making a series of the books on TV seemed like a no-brainer to me. And it was serialized to a degree – as a miniseries. This seemed to work well in the first miniseries.

But I think the later adaptations suffered from that format, because too much story and too many characters were stuffed into too few hours. (Those adaptations also suffered from having several of the main roles recast with less-engaging actors.)

These are just two stories that I can name (and ones that I thought suffered for similar reasons). There’s certainly many more. What’s your vote for great book, horrible movie?

And more importantly – why do you think so many filmmakers stumble when adapting a book to film?